Objective: To evaluate the effect of Polyethylene Terephthalate (PET) tongue scraper on the volatile sulfur compound (VSC) levels. Material and Methods: A randomized, controlled, parallel design was used in this study. Out of the 48 volunteers from Dentistry Department of the Federal University of Sergipe, 40 subjects who met the inclusion criteria were randomly divided into 4 groups (n=10): G1 (control), rinsing of distilled water solution (WS); G2, WS and tongue coating removal (TCR) with toothbrush; G3, WS and TCR with a commercial tongue scraper; and G4, WS and TCR with PET tongue scraper. PET bottles were cut with a rectangular shape (1.0 cm wide x 20 cm long) to obtain PET tongue scraper. The VSC measurements were performed before (T0) and immediately after (T1) each therapy by portable sulfide monitor. Data (ppb) were submitted to Wilcoxon test (?=0.05). The differences between T0 and T1 were calculated and percentage values were assigned. Data (percentage) were submitted to ANOVA and Tukey test (?=0.05). Results: All 40 selected subjects completed the study. All groups reduced significantly the VSC levels after therapy (P<0.01). ANOVA indicated a significant difference among groups (P<0.001). The Tukey test showed that G1 (reduction of 21%) was similar to G2 (31%); G2 was similar to G3 (42%) and different from G4 (52%); G3 and G4 were similar. Conclusion: PET tongue scraper was similar to commercial tongue scraper and provided higher reductions of VSC levels than the toothbrush. 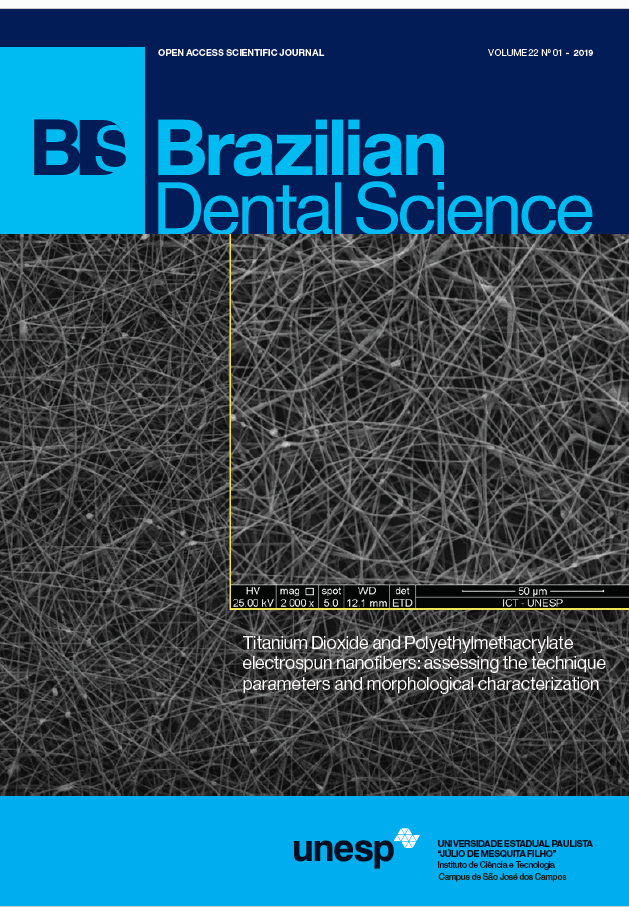